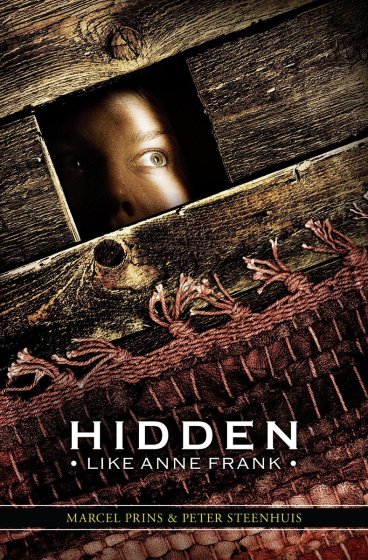 The story of Anne Frank and her diary is one of he most enduring of World War II. There can be few people who do not know about the Jewish girl who hid with her family in an Amsterdam building, before being betrayed and captured by German soldiers and transported to a concentration camp.

Yet Anne is not the only child who was forced to go into hiding.

Recently released by Arthur A. Levine Books, Hidden like Anne Frank is a collection of fourteen personal accounts from Jewish children who survived Hitler’s ethnic cleansing during WWII.

Like Anne Frank, the individual narrators were forced to abandon their freedom and become reliant on the kindness of non-Jewish people who helped to hide them in their homes. Unlike Anne Frank, all fourteen individuals survived the Holocaust and lived to tell their stories.

The stories contain similar underlying themes: the separation of children from their parents and siblings loss of identity fear hunger dependance on strangers for survival and, anxiety about the future.

Yet the individual voices also provide unique perceptions of life as a Jewish person in the Netherlands during the war years. Further, the narrators speak of the ramifications of this experience on their lives in the ensuing years after the war ended.

Not surprisingly, problems with re-attaching to surviving biological family members for children who felt deserted by their parents are apparent in many of the stories. As stated by Jack Eljon: ‘I couldn’t forgive my parents for handling me over to strangers. I couldn’t shake off the feeling that they’d abandoned me. There’s no way a boy of four can understand the idea that he is being sent away for his own good.’ (pg67-8)

The stories also provide information about Dutch society during the German campaign to rid the country of Jewish people. Almost all narrators discuss the efforts of the Dutch Resistance Movement to protect Jewish people by concealing them in the homes of supporters.

The stories also expose the collaboration between local NSB (Dutch Socialist Movement) and the Nazis, resulting in the betrayal of Dutch Jewish citizens to the German forces by Dutch people.

Hidden Like Anne Frank is the collaborated work of two Dutch men – Marcel Prins and Peter Henk Steenhuis, respectively a filmmaker/cameraman and journalist. This book and its preceding website (www.hiddenlikeannefrank.com) are well-presented chronicles of survivors of the Holocaust that need to be incorporated in to existing Dutch historical records. Highly recommended.