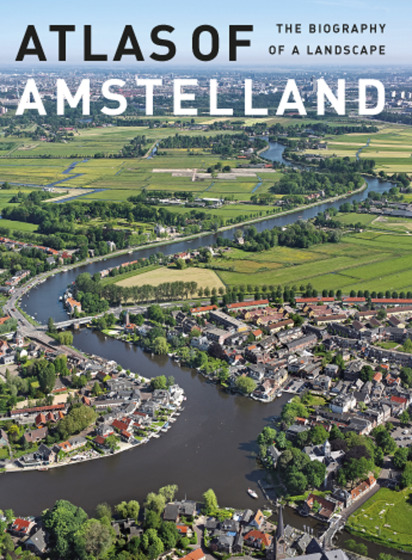 Atlas of Amstelland: The Biography of a Landscape presents the history of Amstelland through a series of maps based on the results of recent research, which illustrate the transformation of the landscape from desolate marsh to beloved green oasis on the edge of Amsterdam.

From the 11th century onwards the peat marsh on the edge of the world was gradually reclaimed. A section of the Amstel even originated as a drainage canal. In the 13th century a new power arose: Amsterdam. In the 17th century, the Dutch Golden Age, this former modest village near a dam in the Amstel grew into one of the largest metropolises in Europe.

Its proximity brought about major changes in Amstelland. Much of the landscape was radically altered by the turf industry and subsequent drainage.

Its peat meadows could be quickly inundated to form an impenetrable barrier around Amsterdam. In the course of centuries, relations between city and countryside became thoroughly intertwined to the point where each can only be properly understood by studying them together.